Author：Editor_Luo Release：2020-09-03 27Read 0Comment
Share to
Mike is working hard (or pretending to be exhausted) to invest. Isn't it just for...

Mike is working hard (or pretending to be exhausted) to invest. Isn't it just for the final dividend? If I make money, I will share 20% in the part of making money. 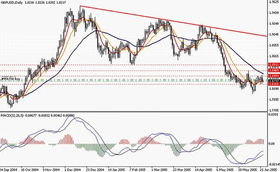 If I don't make money, I can't do it for nothing. The site fee, labor cost, my running expenses and hard work cost should be charged 2% a year. It's almost a trade rule, and most hedge funds have similar rules for collecting money. This seventh feature is called 2 / 20 gains. Mike can't bear loneliness when he sees that other people's funds are often worth hundreds of millions of yuan. He can't stand loneliness. He goes to the bank's Uncle Sam and says, "lend me some money. I have a brilliant idea to make a lot of money.". Sam is a good talker. He approved $200 million to Mike, a 5:1 lever. So, the eighth feature is called leverage. Basically, most hedge funds contain the above-mentioned eight characteristics. In line with these conditions, they are hedge funds, rather than literally "hedge funds". Finally, I would like to talk about the misunderstanding of most people about how terrible hedge funds are. For example, during the financial crisis, when hedge funds were not moved in the news, the stock index fell sharply! How does this kind of agitation result in? In most cases, it is mainly caused by the joint action of the fifth and eighth characteristics. There are only a few divestment days in a year, and there are panic periods, such as the collapse of Lehman and the European debt crisis. When the time comes, customers withdraw their capital collectively. Hedge funds have no choice but to close their positions at no cost for a short time. Considering that hedge funds are generally highly leveraged, you can understand what this means.

This article is Editor_Luo Original articles, please keep the copyright and source if reproduced: https://exchangeinvestmentagency.com/75.html
Label： Futuresstockinvestment
Share to